He maketh his ministers flaming fire 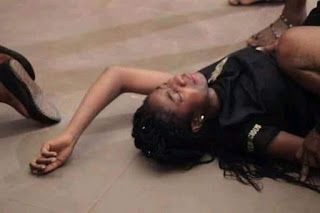 I was reading a scripture in Hebrews chapter 1 verse 7 which says: In speaking of the angels He says,” He makes His angels winds, His servants Flames of Fire.”  I looked this up in Strong’s Concordance and found that angels is speaking of his angels, winds, (ruwach – Wind, breath of heaven), and his servants or ministers as flames of (Supernatural) fire.
The Lord says:  I AM igniting My ministers as flames of fire to release My anointing to this generation.
They will come in My power and with My authority and they will be ablaze with My glory.  I will send them out to rekindle the flames that have died out and rekindle the embers that have been left smouldering in the lives of those who have lost their zeal.
I AM rekindling the fire of those in the five fold ministry and releasing them back into their position.
I AM rekindling the fire of those who were once used in spiritual gifts who have become weary and lost their passion.
I AM rekindling the fire to those who are called to go out and set the world ablaze.  I will send My winds and breathe My pneuma, as I fan the flames and bring fire back into your lives and ministries.
Now is the time for My Glory to be radiant throughout the land.  What seemed charred, seared and stagnant in your life, will be revived as My fire ignites a new passion in your soul.
I AM sending My fire across this nation and around this world and I AM looking for those who will release My glory for such a time as this.  They are those who are willing to lay down their lives and take up their cross.  They are those who do not fear the opinions of others and are sold out to My kingdom.
Those who have counted the cost and aligned their lives to My agenda will be used mightily in My end time army.  They are those who will not allow the enemy to quench this fire or rattle their faith.  They are those who will be set ablaze to go forth to fan the flames and stoke the fire in others.
They won’t allow anything to annihilate their zeal because they are strong in Me and they will go forth and do great exploits.  They will stir themselves up and renew the passion that others once had in their hearts.
As you take the limits off Me, you will experience a fire that you have not known before.  Don’t settle for a mediocre lifestyle but receive all that I have for you.
Allow My Word to penetrate your heart as a fire shut up in your bones.  As you see a shifting and a shaking in the natural realm, know that there is also a spiritual shifting.
There is unseen activity happening simultaneously in the heavenlies.  Just as there are fires in the natural, I AM sending a spiritual fire that the enemy will not be able to extinguish.  Angelic activity is being released from the third heaven that no man or demon can quench.
Do not fear the days ahead but know that I AM releasing My glory in a magnitude which no human or devil could stop says the Lord.
Psalm 39:3-4   “My heart was hot within me; While I was musing, the fire burned.  Then I spoke with my tongue: “Lord, make me to know my end, and what is the measure of my days, that I may know how frail I AM.”
Psalm 104:4   “Who makes His angels spirits, His ministers a flame of fire.”
Jeremiah 20:9b   “But His Word was in my heart like a burning fire shut up in my bones; I was weary of holding it back and I could not.”
Hebrews 1:7   “In speaking of the angels He says, ‘He makes His angels winds, His servants Flames of Fire

Popular posts from this blog

DANGERS OF PRAYERLESSNESS  One of the major disaster in nowadays Christain race is Prayerlessness,  it has become a big problem,  it has made it look like serving God is going into poverty.              What is Prayerlessness? Prayerlessness is not praying at all , it not praying as you ought to pray or as you are led to pray, not finding Joy in the place of prayer. Many people hate prayer whenever it time to pray they frown their faces, the hate prayer,  it is waking up and frist thing you grab is your phone,  it is singing while you should be praying It is very dangerous to be far away from God because the devil will so much deal with you ,  remember the bible says "never give the devil a chance" (Ephesians 4:27)       Reasons for Prayerlessness 1) Lack of knowledge about the powers controlling the word Eph 6:12 2) Ignorant of God’s promises 3) When we fail to realise that without God we are powerless to defeat 4) People become Prayerless when they are
Read more

YOU ARE NOT A SEX TOOL -- SISTER MAUREEN ORJIKALU 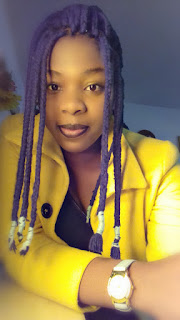 YOU ARE NOT A SEX TOOL DEAR SISTERS, CAN WE TALK? Dear fellow sisters please give me little of your precious time. Come let us reason together. I want to give us a pieces of advice that will help us in life as women. Please ma, stay true to yourself, yet always be open to learn. Work hard, and never give up on your dreams, even when nobody else believes they can come true but you. These are not cliches but real tools you need no matter what you do in life to stay focused on your path. Don't allow any man to buy your heart with their cheap gifts. Don't be arrogant to men, be the real you and believe in yourself and trust me men will come for you. You are not a cheap product or  sex tools, you are more than the way you are seeing yourself. Are you not tired of too many heartbreak from many men? When will you truly learn your lesson? Don't tell me you enter into prostitution because of hardship, you enter into it because it is your choice. Respect yourself dear, clos
Read more

- October 24, 2018
The power of self discipline Discipline is defined as self imposed standard for the sake of a higher goal. It is also the ability to control one's feeling and over come one's weakness All leaders have to have the quality of self discipline. "You are not a leader if you are not self disciplined" The key to achieve your vision is self discipline . 1 Corinthians 9:25 Every athlete in training submits to strict discipline, in order to be crowned with a wreath that will not last; but we do it for one that will last for ever. Anyone who has a vision must be disciplined you must be strictly disciplined . The key to your life is finding a vision that impose discipline on you . The bible says ....                1 Corinthians 9:26-27 That is why I run straight for the finishing line; that is why I am like a boxer who does not waste his punches. I harden my body with blows and bring it under complete control, to keep myself from being disqualified after having
Read more